Characters and the inevitability of influence 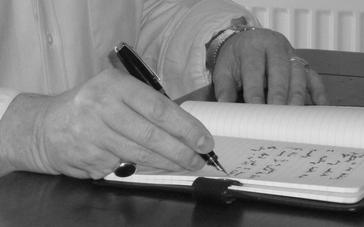 Which matters most, plot or characterisation?

That’s one of those age-old topics of debate amongst both writers and readers. Which plays the more significant role in creating the page turning, impossible to put down, need-to-tell-others-about-it book? Are we more likely to be gripped by a story that plays with our emotions, stretches our imagination or forces us to address a reality we recognise as all-too real, or by characters we wish to be like, or empathise with, or cheer on – or maybe, even, find annoying, frightening or hateful? Or is the great book, film or play actually, as Percy Shaw OBE (1) would most probably have argued, dependent equally on both plot and characterisation?

Whilst it is impossible to deny the importance of the interplay between both factors, I’m going to spend a few minutes arguing for the power of character and the inevitability of the ways in which well-drawn characters influence us. I’m a supporter of the character is king argument for two connected reasons.

Firstly, I have always found it easier to remember the characters in my favourite books, films and plays than the detail of the associated stories. For example, once I met Lisbeth Salander and Mikael Blomkvist in The Girl with the Dragon TattooI knew I was going to read the rest of the Millennium series. Why? Because I engaged with the characters, was fascinated by their relationship, needed to know what happened to them. The story was certainly powerful and raised some important social issues, but if I hadn’t cared about the characters – and by that I don’t simply mean likedthem – I wouldn’t have felt compelled to keep buying and reading.

The same holds true for film and theatre. I am, like millions of others, a huge fan of Les Miserables. I’ve got the dvd and the music. I’ve seen The West End production several times and I plan to see it at least once a year for as long as it and I keep running. Here’s the thing, though: ask me to tell you the story and although I could – after all, I’ve been through it enough times – I wouldn’t do so with even half the enthusiasm with which I would talk about the characters.

Moving from theatre to cinema, just tell me there’s a new James Bond film coming out and I will book my tickets immediately. At no point will I pause to ask you what the story is. (I might, though, ask which actor is going to be the new James Bond...)

The way I think of story is as an excerpt from – or the entirety of – various characters’ lives. Of course, it needs to be a dramatic and relevant excerpt and it needs to be sequenced and paced appropriately. However, without characters in the first place, story wouldn’t exist.

The second reason why I believe characters come first is this: the human brain is designed and wired for us to socialise. Our ability to think about, interpret and interact with other people is at the very heart of our evolution and success as a species. Indeed, our brain size reflects our sociability.

According to neuroscientists the greatest indicator of brain size, particularly the outermost layer known the neocortex, is the size of the social group in which a species lives. As human beings we have a disproportionally large neocortex. That’s because evolution gambled that our best chance of survival and success would come through sociability and collaboration.

However, socialisation alone doesn’t seem to be enough. We also spend much of our so-called free time thinking about others. It’s such a common, everyday experience we tend to take it for granted. It’s actually another indication of our social brain at work. Neuroscientists have identified what they now refer to as the brain’s default network. It’s an interconnected and anatomically definable system that activates whenever we engage in such social thinking as recalling memories, imagining the future, or trying to make sense of the motives, goals and feelings of others.

Simply put: we are social beings because our brain makes us so. No surprise, then, that we are inevitably influenced and moved by characters – fictional or otherwise – who demand our attention. In my book Campaign It!co-authored with Alan Barnard I wrote the line, People buy from people. We buy, of course, in all sorts of ways. As writers of fiction we need our audience to buy into the lives, feelings, choices and experiences of the characters we have created. As writers, we also need to buy into the reality of our characters. Once we have done that we are obliged to tell their story well.

[1] Percy invented cat’s eyes. He was a middle of the road sort of guy.