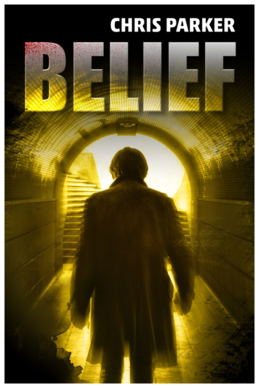 Killer using the power of the mind
A gripping thriller that has the bad guy using his mind to influence/kill his victims. Quite chilling, but mesmerising!

Am so pleased I speeeeedread!
So well written! But the best thing about this book is that it's very thought provoking - its so different to other crime        books - everyone will love it! SO easily turned into a film...or an ITV drama!

That’s the promise made by Ethan Hall, the serial killer and master hypnotist, when he recovers from his gunshot wounds and escapes from hospital. It’s a promise that causes havoc, loss and unending pain.

Using language to bend people to his will, influencing others to carry out the most destructive acts, Ethan Hall extracts his revenge on Marcus Kline and those closest to him in the most personal and savage ways.

Six months have passed since a series of horrific murders forced Marcus Kline, the world’s leading authority on communication and influence, into a unique confrontation with Ethan – a battle of words like no other.

Now Marcus is trying desperately to save his cancer-stricken wife and rebuild his life, his reputation and his shattered self-confidence.

Only Ethan Hall has other plans.

Now, with Marcus Kline’s self-belief at an all time low, the struggle for survival, sanity and salvation teaches everyone involved that, no matter how bad life seems, things can always get worse.

There are two kinds of dream. We experience both kinds. The first is the kind that reflects something that has already happened. It occurs whenever the subconscious takes a memory and re-presents it in its own peculiar fashion, adding twists and turns and changes.

This kind of dream prompts the question, ‘What do you think that means?’ There are libraries and shops filled with books promising to explain the symbolism that these dreams are supposed to contain.

The second kind of dream provides the seed for future growth. It occurs when we are seeking an answer to a question or a solution. It throws up the Eureka moment, the flash of insight that provides the unexpected and unbelievably brilliant resolution.

This is the kind of dream that prompts the question, ‘Where the hell did that come from?’ Only it didn’t come from any kind of hell at all. Oh, no. It came from the very opposite place. From the almighty subconscious, daring us to believe that we have more power than we can possibly imagine.

Ultimately they are influenced by our beliefs about the meaning of it all.

Our dreams, then, are no different from our waking lives.

Both are shaped, delivered and evaluated by our beliefs. We create and then view our world through the prism of our beliefs. We all do this. Everyone of us. Every moment of every day.

That’s how powerful beliefs are. More powerful than anything else human beings create. More powerful even than the most powerful nuclear weapon. Actually, beliefs are the invisible trigger we use to justify firing such weapons. More than that, they are the trigger we fire every time we set out to cause any form of deliberate harm.

Beliefs. The biggest, the best and, sometimes, the baddest of everything there is.

Of course, as you read that you are forced to come to one of three conclusions.

One, that you don’t believe me. Two, that you do believe me. Three, that you are undecided. I should warn you that if you chose the third option you will, as you read what follows, be forced to get off the fence and settle for one of the other two.

Actually, to be honest with you, you will be forced to choose option number two. You will have to agree with me. You will come to realise that beliefs rule. You will find yourself smiling, somewhat ironically perhaps, at the delicious paradox that states:

The beliefs we create, create the world we believe in. And that’s a fact.

For better or for worse.

Ooooh, this is good
This is a rattle-along read...completely different from other crime stories I have read. I loved it, and now my mind is       racing as to the possibilities for what will happen in the third book of the trilogy. I can imagine this being turned into a   film, or TV series.

Alan Barnard, Author of Campaign it!