The truth about the fiction

[1] Did you think of the word soup, rather than words such as skip, slap or seep? If so – and it’s highly likely you did – it was because you were primed to do so having just read the word eat before doing the task

To create a bubble of fiction that holds its shape, layers of fact need to be added to the mix. What follows is just some of the truth in the fiction.

Influence
Communication and influencing skills
Marcus Kline’s skills are all rooted in reality. Here are some of the ways he uses language in all its forms to affect others.

Throughout the book we see him using the following principles of influence:

Whilst his arrogance makes him initially unappealing to many readers, he does create the other great influencer amongst many of the characters in the book – Likeness.

In the opening scene, in a tv studio, Marcus has clearly primed the interviewer to make him say precisely what he wanted him to. Priming refers to the way particular stimuli spark an associated response. This can, and often does, happen beyond our conscious awareness. Here’s an example of priming. Just look at the first word in italics and then, in your mind, fill in the missing letters to determine the second word. Here's the first word:

What word did you create? Some thoughts and an explanation about this are at the bottom of this article about Influence.[1]

Marcus is also brilliant at selecting the most appropriate words and phrases and then sequencing them to create his desired result. He understands that the order in which we share information determines the response we get.

He is equally adept at:

Hypnosis
Marcus is not the only person in the book who can, and does, hypnotise others. According to Wikipedia hypnosis is ‘a state of human consciousness involving focused attention and reduced peripheral awareness and an enhanced capacity for response to suggestion.’ To induce an hypnotic trance Marcus uses artfully vague language, incorporating many aspects of what is known as The Milton Model.
If, by the end of the book, you find yourself asking, ‘Can you really hypnotise a person so they don’t feel pain?’ the answer is ‘Yes’. Here’s just one article about the use of hypnosis during surgery:
https://www.inverse.com/article/9673-brain-surgeons-are-turning-to-hypnosis-as-an-alternative-to-anesthesia

If you want to know more about the six principles of influence go to:

To learn more about campaigning communications this is the place:

If the language of hypnosis is appealing click on:
http://nlp-mentor.com/milton-model/

Synaesthesia
Synesthesia becomes increasingly significant as Influence progresses. According to Wikipedia, ‘Synesthesia is a neurological phenomenon in which stimulation of one sensory or cognitive pathway leads to automatic, involuntary experiences in a second sensory or cognitive pathway. People who report a lifelong history of such experiences are known as synesthetes.

‘In one common form of synesthesia, known as grapheme-color synesthesia or color-graphemic synesthesia, letters or numbers are perceived as inherently colored. In spatial-sequence, or number form synesthesia, numbers, months of the year, and/or days of the week elicit precise locations in space (for example, 1980 may be "farther away" than 1990), or may appear as a three-dimensional map (clockwise or counterclockwise). Synesthetic associations can occur in any combination and any number of senses or cognitive pathways.

Given that Influence is ultimately a work of fiction, I do apply a degree of artistic licence around this unusual, relatively little known phenomenon.

Scalping
I realise this is a weird sub-heading. I realise, too, that if you’ve not read the book I have given one thing away: the victims of my serial killer are scalped. I received expert medical advice about how to carry out this procedure without killing the recipient. I share that with you in detail in the appropriate scene.

I hope you expect, and are pleased to know, that there is no web link offered on this topic.


The city Fox and others in our community

​I identify the real people (and animal) and the real places where the poems are set in the Characters and Places pages. There are, however, a couple of other truths in the book:

In the city
The second story about the lesson my teacher shared with me and how he then ignored me for a long time is the second truth. I remember it often when I’m walking through busy city streets. 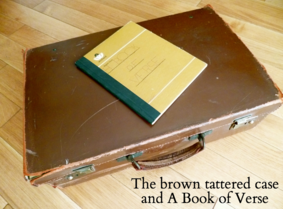