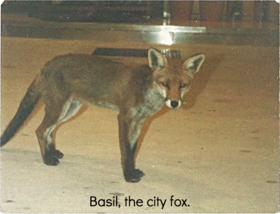 The facts about the facts

Here are some other hopefully interesting facts:


Writing the book
At the very beginning of the process I was caught in a quite wonderful Catch 22 situation. I had neither a publisher nor restaurants committed to the project. I was sure that if I went to a publisher with the idea their first question would be, ‘Which restaurants are involved?’ and if went to the restaurants they would ask, ‘Who is the publisher?’

I resolved the problem by deciding to contact Diego Masciaga at The Waterside Inn to see if I could get him on board. Thankfully he agreed. That gave me the confidence to contact the other restaurants. They, too, were enthusiastic. Now I was able to pitch the idea to a publisher!

Although I thought it might be tricky to get a contract, it turned out to be far harder than I had expected. You see, the usual approach when writing a business book designed to be of value across industries is to include lessons learnt from businesses in a range of different industries. I, on the other hand, was focussing my study within one specific sector and arguing that the insights gained were useful to all. As soon as you do something that goes against the norm, you struggle to get support; it’s hard to encourage confidence. After all, the argument goes, if this is such a good idea surely someone else would have done it already?

That argument did, in fact, prevail for some considerable time. It was resolved thanks to the efforts of Matthew Smith (before his Urbane Publications incarnation), who put me in touch with Ronan Fitzsimmons at Ardra Press. A deal was done. A publication date was agreed. Writing and research sped ahead at full pace.

Beyond Matthew’s selfless assistance, the other great joy of the process was the willing, open and trusting involvement of all who worked in the three restaurants. They gave me access and insight without reservation. On many occasions they moved me to tears with their never-ending commitment to excellence. I visited, observed and interviewed at each many times over a two year period. I received nothing but the most honest sharing and the most wonderful hospitality.

The project came to a wonderful conclusion when my wife and I visited each restaurant to deliver copies of the book and say a final ‘Thank you’. They all treated us royally and expressed their appreciation for the finished work.

And, in case you are wondering, feedback shows clearly that businesses in industries other than hospitality and catering can, indeed, learn valuable lessons from these three great restaurants.

Deciding the title and contents
Knowing what title to give a book and what contents to include (and, by extension, what to leave out) are among the many challenges writers face. In this case the focus of the book changed and developed as a result of my initial visits to the restaurants. The original plan had been to write solely about leadership and team management. I realised very quickly, though, that I had to do more, to study precisely how these businesses were so incredibly and consistently successful.

That didn’t making choosing a title any easier. It didn’t even help me decide the structure of the contents. In fact, I was a year into the work before what is now a seemingly obvious and simply structure became clear. And still I didn’t know what the title was. I needed a friend talking to me about essential ingredients before the penny finally dropped.

Writing the book
By the time I’d finished Five Essential Ingredients I knew I wanted to write a second book based on Diego Masciaga’s approach to delivering some of the best customer service anywhere on the planet. I was confident he would say, ‘Yes’.

​He said, ‘No’.  It was the first and only problem I would encounter in writing the book. Fairly obviously, it was a significant setback.

Several months passed and then right out of the blue Diego told me he’d changed his mind. ‘Would you still like to write the book?’ he asked. My answer was immediate.

For the next year and a half I travelled to The Waterside Inn regularly for early morning interviews and hours of observation. Diego and his team made it all as easy as possible. As I completed the manuscript many of the Waterside’s more famous guests provided glowing testimonials about Diego’s legendary abilities.

Matthew Smith, founder and owner of Urbane Publications, produced a book that matched the excellence I was writing about.

Deciding the title
Diego unwittingly gave me the title. In the midst of an interview when describing how he felt about his work he said, ‘It isn’t a job, it’s a life.’ I realised then that for Diego delivering Service was a way of understanding and living life.

Writing the book
I had known and worked with Alan Barnard for many years before we decided to write Campaign It! together. The aim was to codify and share his work in a way that enabled readers to apply his approach to communications whenever they needed to influence others to achieve success. Overall we spent approximately eighteen months putting the manuscript together.

Deciding the title and creating the model
This was a real challenge. We couldn’t determine the best title until I had unravelled and then modelled the communication process Alan had used to such great effect in the political arena and beyond. That proved difficult because Alan had achieved such a level of unconscious competence he couldn’t easily tell me just how he created the results he did. In fact, when I first asked how to create and manage a campaign of communications, he just laughed and said, ‘Why are you asking? It’s the bleeding obvious.’ And to him it was. Not so for the rest of us. And certainly not for me. We had many meetings, all of them intense, all of them fun.

One particular Saturday morning as we wrestled with both the model and the associated title I asked Alan, ‘If you had to tell people how best to communicate in as few words as possible, what would you say?’ Almost angrily he replied, ‘Campaign It!’ In the silence that followed we both realised our search for a title was over. A few hours later that same phrase had become the foundation for the model.

Writing the book
When I first suggested to Dr John Sullivan that he should write a book about the brain I had no intention of being involved. And John didn’t want to write a book. Nothing to suggest, then, that I was about to embark on a nearly three year project due to be the most challenging, exciting, informative and life changing experience.

After some reflection John agreed that a book was a good idea. However, he insisted, it would work best if I was an obvious part of the narrative. I wasn’t convinced. I had knowledge and insight into how communication influenced the brain and vice versa, but apart from that I knew nothing about how – and why – the brain always wins. I explained to John why he should go it alone. He explained to me why I was talking rubbish. I made my point again in a different way. He countered it with ease. Somehow he persuaded me to start writing even though we hadn’t settled our disagreement. Before I was halfway through the book I had been forced to conclude that John was right. We made a good double act.

For the next few years I felt as if I was back at university. I learnt lots. Whilst I was actually writing the book I found myself being influenced in the ways I hoped and believed readers would be. By the time the manuscript was complete I had followed the advice offered in The Brain Always Wins and implemented my own, personalised brain management process.

Deciding the title and creating the Process
The title was easy. In all of our first meetings John returned repeatedly to the same phrase, ‘The brain always wins’. When I asked him to explain exactly what he meant by that he launched in to a fascinating and thorough explanation. The brain always wins reflected his world-view. More importantly, it provided a ground breaking new paradigm. To make it of easy, practical value to everyone we needed to provide a training mechanism. If we were explaining to readers just why brain management was so important, we needed to offer a way of achieving it. The book had to be a ‘how-to’ as well as a ‘why-to’. That’s why we created a Process capable of being adapted to meet individual lifestyle and need.