‘I began reading Chris Parker twenty years ago. He was amazing then and he is amazing now.
Geoff Thompson. BAFTA Award winning screenwriter.

‘Chris Parker’ s poetry speaks to the constant complexity that cannot be overcome. The City Fox is both brain-wise and mindful.’
John Sullivan. Psy. D.  Co-author, The Brain Always Wins.

‘Worth reading for the gems.’
Professor Stephen Chan. O.B.E.

The City Fox and others in our community
Published by Urbane Publications 2015.


A collection of what have been described as ‘engaging, emotive and

thought-provoking poems’ that explores the relationship between community,

communication and learning. A series of interrelated stories introduce a range

of characters and settings, and contrast the challenges of the human search for identity, meaning and purpose with the synergy, simplicity and silence of Nature in the city.

Praise for The City Fox:

My career teachers,
whom I called parent
knew nothing of this.
Instead of a net working to connect, combine and create
they saw instead a ladder
steep
with steps beyond the reach of their imagination
and therefore of my possibility.

And that great space cries out for teachers
who cast their net towards it,
freed from the need for legacy
or the well of justification,
teachers with nothing to prove
other than their willingness to release
and their strength to support.

And network is,
of course,
a word we use too often
too small
because here
- right now -
in this instant
we are all sharing the world together.

This is our time.

One day a city fox braved the edges of the petrol station.
Jean saw him first, in a quiet moment.

He returned the next day.

She named him Basil.
She told her regulars.
They fed him.
The fox became a regular too.
The cycle was established.

People
all sorts of people
shared their particular story of the city fox who came to be fed
at the petrol station.

People
all sorts of people
came to the petrol station in the hope of
seeing him
or
feeding him.

And still they talked.
Even more so, truth be told.
After all, the space needs to be filled.

Beyond the stories, he left his lesson. Which is simply this:
It takes only one city fox to create a community.

Or just something else. 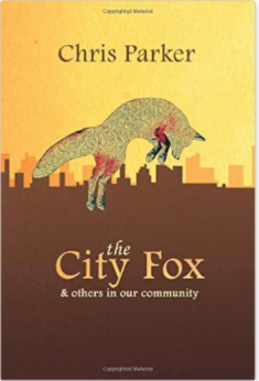